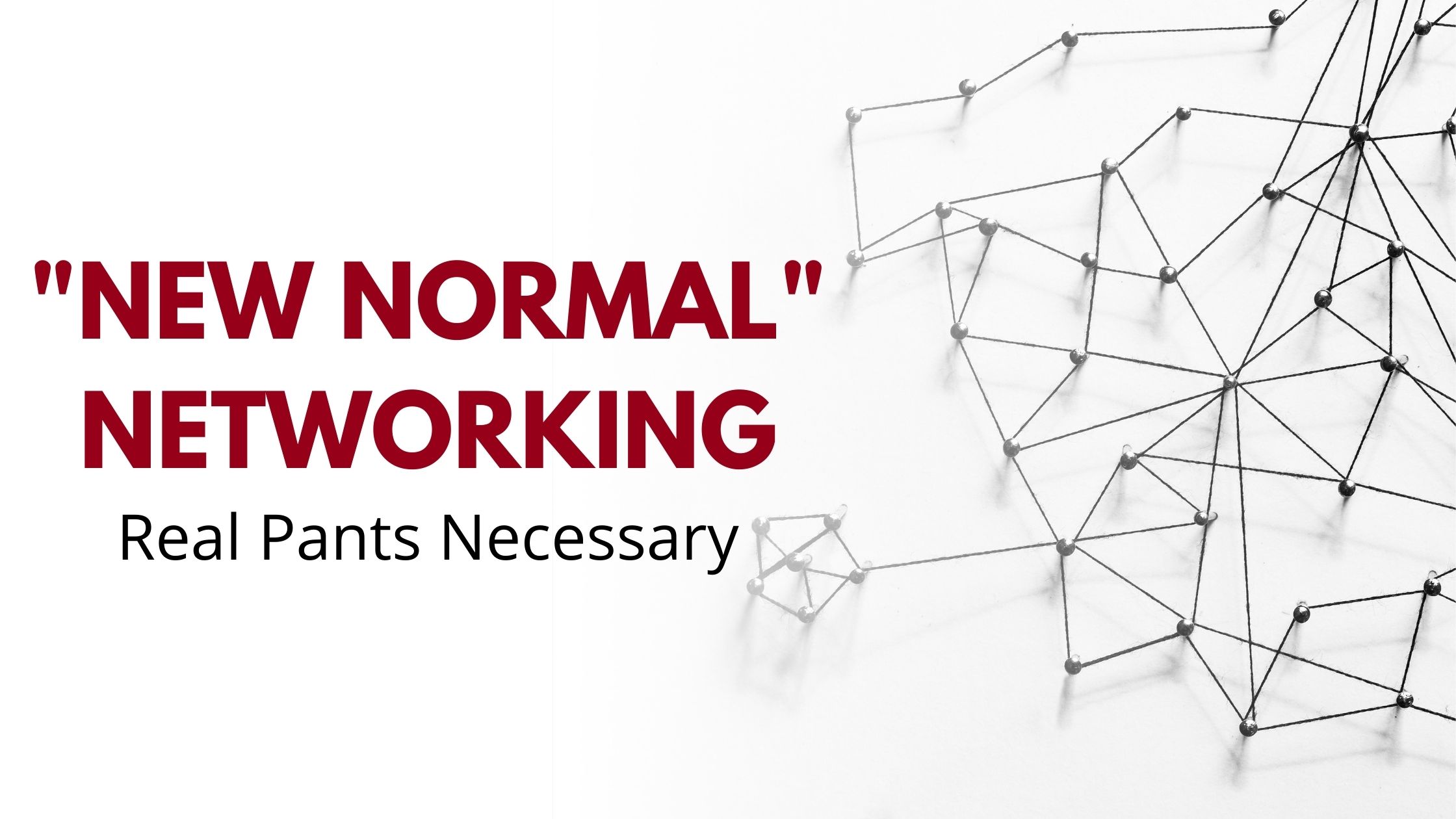 If you’re one of those “I’m much more comfortable face to face with prospects” salespeople, the opportunity to do this again is upon you! Albeit in masks and six feet apart. Many of us have returned to working from our offices and real life, in-person networking events are starting to pop up. Being ‘out there’ after living in a Zoom universe for the last year can feel a little surreal. I had to ask myself “Do I even remember how to do this?”, and by ‘this’ I mean put on real pants and actually talk to people instead of my computer screen.

The Return Of Networking Events
Prior to joining Sales Gravy full-time, I owned a business in Myrtle Beach, SC and had made a name for myself through my local chamber, associations and volunteering. This is how I established and built relationships in order to generate revenue in what I now refer to as “the olden days.” Not surprising for an extrovert (and former entertainer) who thrives on in-person human interaction (to say I’m chomping at the bit to get back to business is an understatement.) In short, networking is my jam.

So when one of our Myrtle Beach clients (and my chamber “ambassador”) told me I needed to attend the chamber’s business expo, I complied. Mostly to support him and his team since I had just wrapped up four weeks of Fanatical Prospecting training with them but also because HELLO HUMAN INTERACTION!

How To Show Up
I’m probably one of the less risk-adverse people who is willing to go out in public during a pandemic, following the guidelines of course. I only had two hours to spare because I was in between training and coaching appointments, however, these days I’m always “video ready” (learned that the hard way). This means I was already “face-to-face ready”. But I still had to plan for drive time, which if I’m being honest, I’m a bit out of practice with.

I didn’t know what to expect, nor did I overthink it. I just showed up masked and ready to mingle (if that isn’t a new dating slogan I don’t know what is.) The chamber did “all the things”; they took temperatures, encouraged social distancing and had masks on hand for those of us who never fail to leave it on the kitchen counter or in the car. The biggest cluster of people were those standing in line at the bar with our 3, yes THREE!, free drink tickets. Otherwise, the crowd was sparse compared to years’ past but what an amazing opportunity it was because it allowed for real-life, in-person, quality conversations. Excuse me while I take a few calming breaths.
Since there was lower than average attendance, it was easy to be noticed, especially for someone like me. I barely made it in the door before being approached. It was like returning to summer camp and seeing all of our old friends for the first time in a year!
And despite my comfort in front of people even I was a little disoriented on how to “be”. So I did what most salespeople at a function do, I got in line at the bar. If I had a dollar for every client I obtained while waiting to use free drink vouchers I’d be a super successful sales trainer…oh wait. Before I could walk away, five salespeople from the same company started interrogating me with probing discovery questions. I wanted to run. My amygdala was on high alert.

Getting A Hold Of Emotions
These guys were “ready to party” (sell to any and everyone). I felt myself getting annoyed, thinking “what happened to dipping your toe in the pool first?” Luckily, my emotional control skills kicked in and I disrupted the conversation by turning it around. I mean, right in front of me was my target audience: salespeople! Who gets annoyed at prospective business? Also, it’s a networking event, what did I think was going to happen?

Before I knew it, one of them motioned to another guy to join us. The other guy happened to be his boss, a sales manager. “You need to meet Gina. She’s a sales trainer.” I walked away with his business card and a verbal agreement to meet in a week. They are building a team of 500 salespeople nationally. Hold my beer.

Let’s also mention that I didn’t have any business cards on me. And when asked for one, I said “I take cards. I don’t give them.” These guys looked at me like I had two heads. Complete silence and then head nods. “Wow. What a great idea,” said Salesman John.
Live And In-Person Referrals

Eventually I made it over to my client’s booth. The entire sales team was there and excited to see me. One of them even ran up to me to tell me about a deal he closed “because of the call block you made us do last week. I got an appointment and just closed the deal today.” The real highlight? The contract amount was the exact same amount they just paid me for training!

My point of contact was thrilled about this news and it had literally happened just moments before they arrived at the event, so they were on a high. What a great moment to get a referral! With this win fresh on his mind, he started talking to another company about me and our training program. Boom! Another connection wanting to have a conversation with me!

It can be a challenge to ask for referrals but referrals are gold, especially when the ROI is on full display. The best time to do this? When your solutions have turned into results. For me, I get testimonials immediately following training and then I continue to check in with my clients and monitor results. It makes it easy for me to say “who else do you know” throughout the process. In this networking situation, getting instant referrals was an incredible feeling.

Coaching The Coach
Prior to attending, my business coach had reached out to me to ask if I was attending the event. In retrospect I think he was gently nudging me to come out of hiding. We were able to connect one-on-one for a few minutes, which deepened my commitment to being “coached up”. I can’t remember a time when I didn’t have a coach. This also gave me an opportunity to introduce him to some of my connections as he has done for me on many occasions.